What is the Ethanol Effect?

Ethanol is a renewable, earth-friendly biofuel made from plants. It’s a high-quality, high-octane fuel that burns cleaner and cooler than oil, which is good for our environment and our car engines.

Today, 97 percent of America’s motor fuel mix contains about 10 percent ethanol, and higher blends are increasingly available. These new consumer options have appeared, in part, thanks to public policies, like the Renewable Fuel Standard (RFS), that require oil companies to offer consumers more renewable fuel options at the pump.

Almost all U.S. gasoline is blended with 10 percent ethanol.

Policymakers from coast to coast support biofuels because they reduce our dependence on foreign oil, helping to keep more American dollars out of the hands of hostile nations. In fact, since 2005, U.S. oil imports have fallen by half. At the same time, U.S. employment supported by ethanol production has risen to nearly 400,000 jobs.

But that’s not the full story.

Ethanol isn’t just a homegrown alternative to foreign oil. It provides a wide array of benefits that many consumers – and even some lawmakers – have never stopped to consider. For example, did you know that ethanol provides a clean octane boost to fuel, allowing refiners to stop adding toxic chemicals like MTBE to our gas? These unsung benefits of American biofuels are the Ethanol Effect.

We may not think of it often, but ethanol affects us every day. It’s good for America – it’s moving us forward.

The biofuel industry is an incredible American success story, and the RFS program has been an important driver of that success – cutting carbon pollution, reducing our dependence on foreign oil, and sparking rural economic development.

Get All The Facts

Ethanol is the single most effective policy tool we have to decarbonize our transportation fuels. It is protecting our planet, cleaning the air and saving consumers money.

Research by the U.S. Department of Agriculture shows that corn ethanol reduces CO2 emissions by 43 percent, and studies at the Department of Energy’s Argonne National Laboratory demonstrate that advanced varieties can reduce emissions by 100 percent or more. These benefits continue to grow with ongoing innovations in biofuel production.

Conventional ethanol reduces greenhouse emissions by an average of 43%

In fact, each year, ethanol production and use decreases greenhouse gas emissions by 110 million metric tons, which is the carbon equivalent of removing 20 million cars from the road.

In addition to being carbon reductive, ethanol displaces the need for toxic, cancer-causing chemicals that have been linked to asthma, smog and groundwater contamination. Thanks to ethanol, there are fewer toxic, dirty chemicals in our fuel, water and our air.

Ethanol works well in all modern cars and is already found in 97 percent of our fuel. It has the highest blending octane of available additives, which keeps your engines running cooler and cleaner, while improving engine performance.

Ethanol is a more affordable option at the pump and is a major part of the reason gas is less expensive than it was just a few years ago. It keeps gas prices steady when oil prices spike, saving consumers $.50 to $1.50 a gallon.

Ethanol is also a crucial tool for reducing our reliance on foreign oil imports. Every truckload of clean-burning ethanol displaces more than 60 barrels of imported oil. Since the widespread introduction of ethanol in our fuel supply, we’ve cut our imports in half.

And the Future of Ethanol is Bright

The latest generation of cellulosic biofuels are made from feedstocks like stalks, cobs, woodchips, and other tough plant material often left over from traditional farming. Cellulosic ethanol can reduce carbon emissions by over 100 percent. 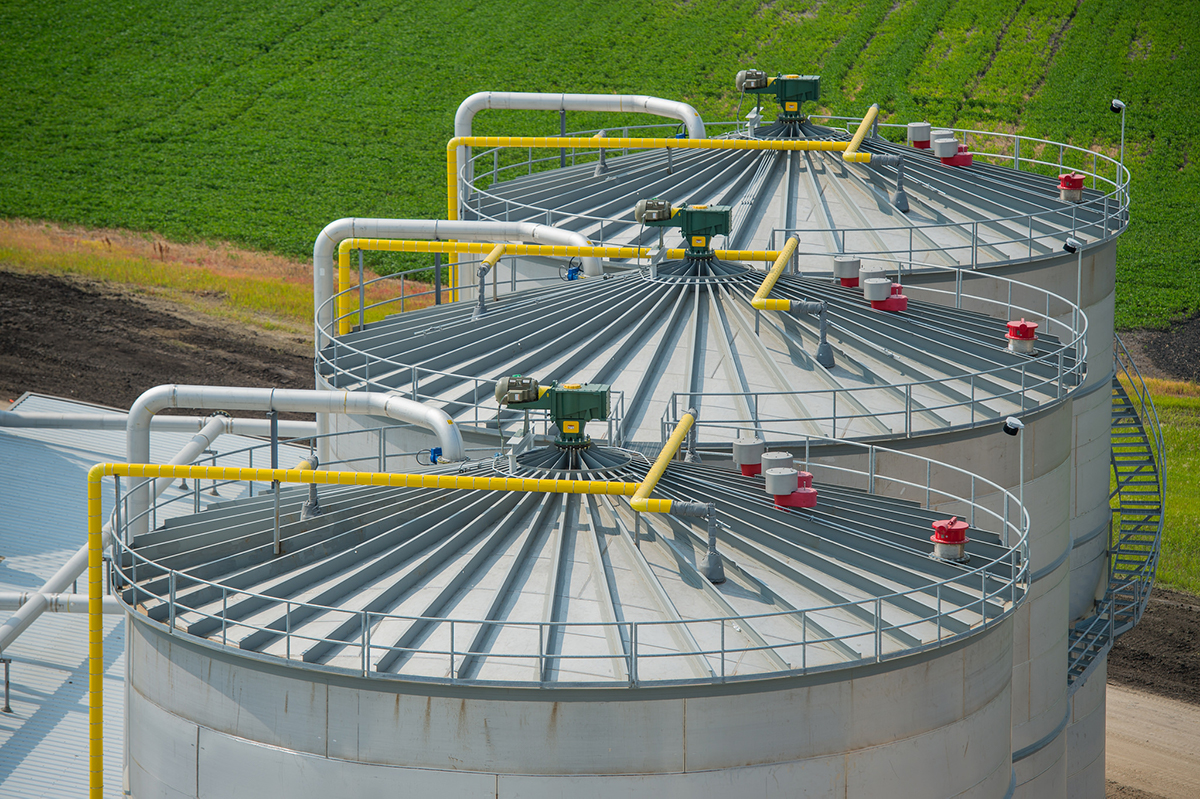 These technologies are only possible thanks to the foundation of research and development laid by corn ethanol producers.

This is an area where America is leading the way, thanks to the steadfast commitment of investors, scientists and policymakers who recognize that these new biofuels will help us do even more to combat climate change, clean the air and protect consumers.

Get All The Facts